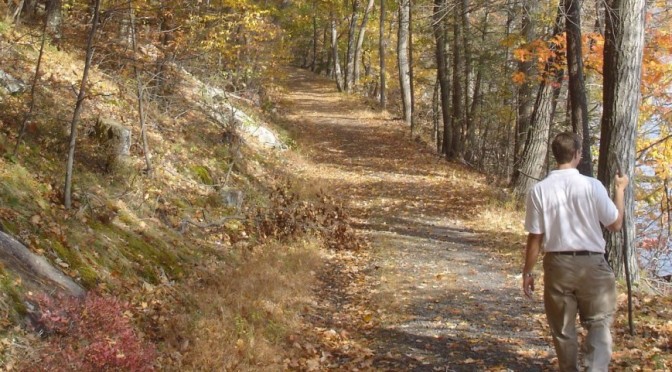 The disciple simply burns his boats and goes ahead. The old life is left behind and completely surrendered. The disciple is dragged out of the realm of the finite and into the realm of infinite possibilities.

Following God’s call is an amazing adventure, one that often has many unexpected twists and turns. Throughout the history of the Church, there have been many examples of people who started serving God in one way, only to discover that He was calling them to serve Him in another.

St. Francis of Assisi heard God’s call and interpreted it as a call to rebuild the church of San Damiano. God eventually made it clear that He wanted him to do more than that: He was calling him to help rebuild the universal Church by founding the Order of the Friars Minor.

St. Theresa of Calcutta felt the call to be a missionary and joined the Sisters of Loreto. However, after years of teaching with them, she felt the call at the age of 36 to leave and found the Missionaries of Charity in order to serve the poorest of the poor.

St. Frances Xavier Cabrini initially felt called to be a missionary in China, but when she sought the advice of Pope Leo XIII, he said to her “not to the East, but to the West.” She then directed her missionary zeal to tirelessly caring for the Italian immigrants in the United States where she founded numerous schools, orphanages, and hospitals.

God has the big picture of our lives, and from all eternity He calls us to be happy with Him here on Earth and forever in Heaven. He knows us even better than we know ourselves, and so He knows even better than we do what will make us happy. He calls us to that happiness and He leads us in a way that is respectful of our freedom and our limited ability to understand His plan.

Sometimes, He may lead us in one direction, only later to call us in another. Such changes are not indicative of misinterpretation or misunderstanding on our part: they are simply part of a bigger plan. Sometimes, to get us to point B, God has to move us towards point C for a little while. Sometimes, to move us forward, He lets us go one way, knowing that when the time is right, He will redirect us in another.

From a young age, I have felt a strong desire to dedicate myself entirely to evangelize and to proclaim the Gospel—to bring God’s peace and love to a world so full of noise and dissatisfaction. That desire led me to pursue the priesthood, first in a religious order and then with the Archdiocese of New York. Over the years, as I have come to know myself better, my view of God’s call has sharpened and come into focus. I have gradually realized that God is indeed calling me to dedicate myself entirely to spreading the Good News, but not in the way in which I initially understood the call. He is calling me to be much more involved with the secular world, in a way that is not typically possible for a ministerial priest.

One of my favorite novels is Dostoyevsky’s Brothers Karamazov. The youngest brother, Alyosha, is a novice in a monastery, under the guidance of the saintly Fr. Zossima. Shortly before his death, Fr. Zossima calls Alyosha to his bedside and directs him to leave the monastery. He says, “This is what I think of you, you will go forth from these walls, but will live like a monk in the world. You will have many enemies, but even your foes will love you. Life will bring you many misfortunes, but you will find your happiness in them, and will bless life and will make others bless it — which is what matters most.”

These words have resonated with me: “to live like a monk in the world.” While I strongly desire to serve God and bring His Gospel to others, I have discovered that the particular circumstances and disciplines of the priesthood, although necessary and fruitful for some, are not the best for me. For this reason, I have decided to leave the pursuit of the priesthood in order to explore how I may “live like a monk in the world,” that is, how I may live a deep spiritual life while actively engaged as layperson (either single or married) in the secular world. I want to live more deeply what I have written about on this blog: I want to live “silence in the city” and to “find peace in the city of man”, and I want to help others to do the same.

I have left the seminary and will begin a job in Manhattan later this month. I look forward to volunteering at the Basilica of St. Patrick’s Old Cathedral in SoHo, and I look forward to seeing where the Holy Spirit leads next!

I have been writing on this blog for almost three years, and I would like to thank all of you who have joined me on my journey by reading my posts. Once I am settled into my new life, I hope to start a new and upgraded blog, which I will be sure to announce on this one. Thank you for reading, and thank you for your prayers. Please count on mine.

8 thoughts on “A New Stage in My Journey”