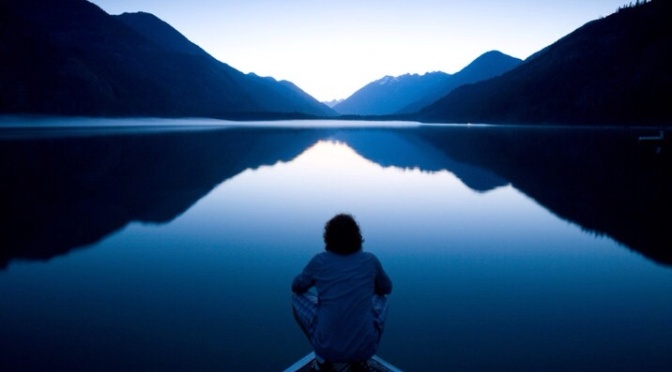 We humans are political beings just as much as we are spiritual beings, so there are times and places where the spiritual and political realms overlap. Our political lives affect our spiritual lives, and vice versa. It is impossible to live either one completely isolated from the other. If we are losing peace because of political issues, that is going to affect us on the spiritual level.

The respite that we were hoping for after a long and contentious campaign season has not come; instead, we have seen only seen an intensification of polarization that has manifested itself in unprecedented post-election protests and riots. (Here in New York,  the section of Fifth Avenue near the Trump Tower is currently blocked off due to demonstrations, as it has been throughout the week.) Regardless of whom you were going for in the election, the past week has been a stressful one.

As Christians, regardless of our political views, we must be channels of peace and bearers of calm whenever we encounter the mass frustration that has exploded since Tuesday. In this regard, I was inspired by what Eric Metaxas, a Christian radio show host in New York City, wrote a couple of days ago:

I have dear friends who thought a Trump presidency would be the worst thing ever. At this time, I feel that it’s important to say them, “If you are upset, then I’m upset.” One friend actually emailed me: “You helped make this happen. Our friendship is over.” That hurt. But then I thought about how much he must be hurting to have written that.

For a Christian, the first thing to do after something this divisive is to pray for those who disagree with you and show them love…We need to assure those we disagree with that they are loved and respected as fellow Americans and, more importantly, loved by God. This is the work of being a Christian. It’s not extra-credit Christianity. It’s the guts of the faith at its most basic level.

But before we can bring peace to others, we must find peace ourselves, and there is no better when to do this than by spending time in prayer. Giving the tense situation of our nation, I suggest setting aside an extended period of time (perhaps 15 – 30 minutes) at some point over the next couple of days during which you place yourself before God and ask Him for peace. Whether you are upset by the results of the election or upset by people’s reaction to it, place it in God’s hands. Tell Him your concern and frustration, and beg Him to pour His peace upon you so that you may communicate it to others.

I found inspiration in the entrance antiphon in the Roman Missal for today, the 33rd Sunday of Ordinary Time: “The Lord said: ‘I think thoughts of peace and not of affliction. You will call upon me, and I will answer you'” (Jeremiah 29:11-12).

As we begin another week, let us Christians resolve to face it with the peace and charity that come with knowing that we are citizens of the City of God, en route to Heaven.

One thought on “Finding Post-Election Peace”