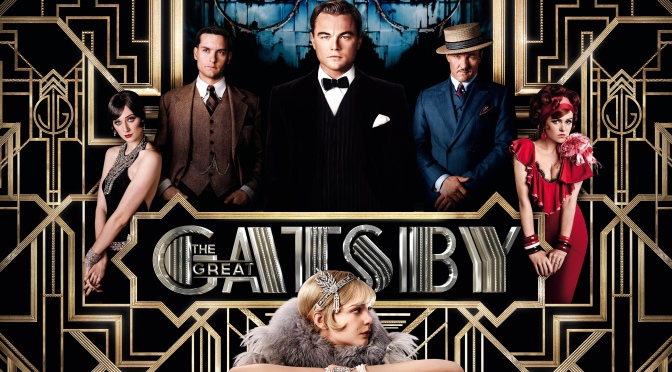 The Great Gatsby offers a profound look at and critique of the American Dream. I found this paragraph from Chapter VI about Jay Gatsby to be particularly insightful:

His parents were shiftless and unsuccessful farm people – his imagination had never really accepted them as his parents at all. The truth was that Jay Gatsby of West Egg, Long Island, sprang from his Platonic conception of himself. He was a son of God – a phrase which, if it means anything, means just that – and he must be about His Father’s business, the service of a vast, vulgar, meretricious beauty. So he invented just the sort of Jay Gatsby that a seventeen-year-old boy would be likely to invent, and to this conception he was faithful to the end.

America is a place of freedom: its citizens are not constrained by class or caste. In America, a Dakota farm boy can indeed become a millionaire or a celebrity. We Americans value “life, liberty, and the pursuit of happiness” more than anything else. We have enthroned freedom as an absolute good, and built monuments in its honor all over our land.

The great Jay Gatsby is a fictional icon of the person allured by the American Dream. He had been born James Gatz of North Dokota, but he did not allow the limitations of his childhood circumstances determine his destiny. He was not afraid to grasp for godlike control of his fate and actualize “his Platonic conception of himself.” With voracious ambition, he launched out on his self-conceived, pseudo-divine mission of achieving the success that is available in America to those willing to grab it.

Those who have read the novel know how it turns out for Gatsby and appreciate what it tells us about the American Dream.  He goes too far in forcing reality to conform to his will, and his self-made destiny takes a wrong turn into self-destruction.

I have been reading R.R. Reno’s recent book Resurrecting the Idea of a Christian Society. In the introduction, he points out,

We Americans like to compliment ourselves for our independence and self-sufficiency. But there’s a dark side to our national character. A deep sadness comes when we realize, finally, that we’re on our own, which is where secular individualism brings us in the end.

American freedom, when left unbridled, leads to isolation from God. Absolute self-determination is simply incompatible with God’s Providence. As Reno puts it,

This world is God’s, not mine. It’s not for me to make myself into whatever I wish. God, not my sovereign will, is the Supreme Being. In him we live and move and have our being.

But our American society has so hyper-valorized personal freedom, that we are arriving at unnatural consequences.

Our dream of freedom promises that no man’s destiny is fixed at birth. Why, then, should nature dictate? Why should genitalia dictate? Why should our decaying bodies dictate? Why should DNA dictate? Why should anything other than freedom alone, operating in a void, govern our futures? Unless we’re ready to propose an end or purpose for freedom to seek and serve, we’ll end up saying that freedom is for the sake of freedom. The American dream thus turns into a totalitarian nightmare of political power marshaled to subdue everything— except freedom.

It is a beautiful thing that in America no man’s destiny is fixed at birth, but it can become a nightmarish thing if this freedom is not guided and channeled by truth. Fitzgerald intuited this reality and wonderfully captured it in his classic novel.

God has blessed us with freedom to develop ourselves up into flourishing human beings, and America, perhaps more than any other country, cherishes this freedom. However, when we overstep our bounds with Gatsby-like arrogance, we step into the dark side of the American dream – one that leads us away from God and into ruin.

The proposal that R.R. Reno offers in his book is the only way to prevent the American Dream from mutating into an “American Nightmare”: we must indeed cherish our freedom, but within the context of an ennobling and ultimately more liberating submission to divine truth.